Following the translation of Dictionary of the Khazars into 73 foreign languages, it has now been translated into the most demanding and subtle language of all – the language of the theatre.

Milorad Pavić’s 1984 work (translated to English in 1988) purports to be a reprint of a 1691 collection of fragments of history and legend surrounding an empire that rose and fell a thousand years ago in the region around the Black and Caspian Seas. 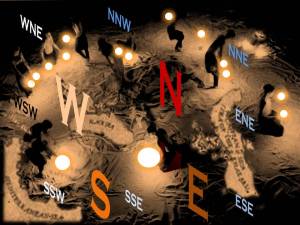 Dictionary of the Khazars is actually a hypertext fiction, oddly configured as a compendium of all that is known of the Khazars, a Turkish tribe that rose in the 2nd Century  from obscure origins and faded back into that obscurity before the end of the first milennium.

The “novel,” such as it is, unfolds in different ways which depend upon how each reader responds to the notes at the end of each entry,  directing the reader to several other related entries, linked by various elements. 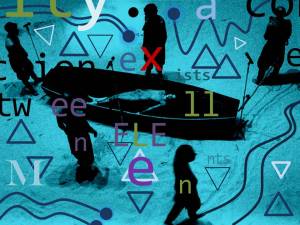 Most of the narrative concerns the Khazar Polemic, a Dark Ages disputation of religious truth between a dervish, a rabbi and a monk (representatives of the Hebrew, Islamic and Christian faiths) which leads ultimately to the selection of one as the faith of the kaghans, the herditary leaders of the Khazars. 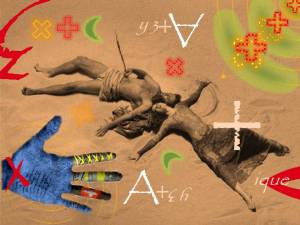 However, the real charm of the book is in the fictive traditions and incidents that the author provides to delight the reader, without regard to their narrative function: A tradition that the parrots of the region speak the forgotten tongue of the Khazars,  a princess who is protected in her sleep by having her eyelids  marked with kabbalistic characters that would bring death to any who gazed upon them. 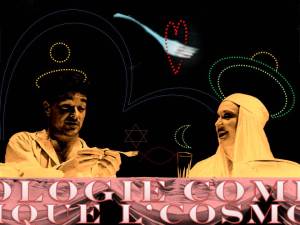 It doesn’t seem like the kind of material that suggests staging, but neither does it seem like that kind of material for a novel. So perhaps our concepts of literature, of theatre, can be adjusted to encompass the concept that order is imposed by the reader, by the audience, as French deconstructionist philosophers hold. 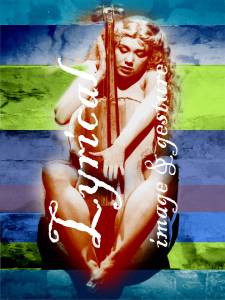 Tomaž Pandur, a director noted for operatic productions, mounted an adaptation of Pavic’s material in a 2002 production in Belgrade that made use of the book’s rich mix of the mundane and mystical. Productions in Prague, Augsburg and New York followed the next year, but there doesn’t seem to have been a West Coast premiere.

Perhaps an auteur director looking for truly original mythic material will bring this project to an enterprising theatre company on the Left Coast . Perhaps other hypertexts will make their way to the stage, an ideal place to explore the idea that each of us makes our own meaning from the world we see in front of us.

The very word blog has always seemed a little intimidating to me, perhaps because in my imagination it warps into something vaguely associated with the word borg –mindless wrathful half-humans who exist in a cold cyberspace where they jack into an artificial monolithic entity to become pawns in endless flame wars.

But perhaps I’m being harsh.

Its just an innocent portmanteau of web log, playfully rendered as we blog by one of its many originators. This suggested the verb, quickly followed by the nouns blog and blogger. And can be a form of simple posting, but it can also function as a platform for hypertextuality. 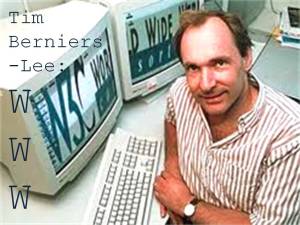 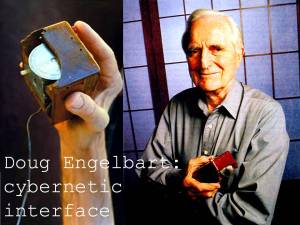 Hypertext is often seen as a post modern phenomenon, linked to http (hypertext transfer protocols) of the modern personal computer, but hypertexts existed long before the advent of Tim Berniers-Lee’s brilliant world-wide web in the 1990s, which gifted the world with internet access… long before Ted Nelson coined the term and framed the concept of hypertext, and long before Doug Engelbart invented the human-computer interface technology called the “mouse”… even long before it was described by WWII technology boss Vannevar Bush (1890-1974) in an essay published in the Atlantic Monthly,  67 years ago this month, titled “As We May Think.” 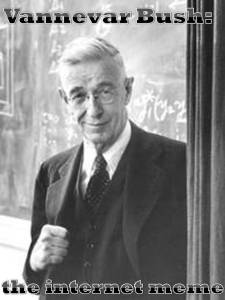 (Ironically for a man who has so much to do with the direction of modern science, inventions described before available technology can support them are now called vannevars in Dr. Bush’s honor.)

Hypertextuality is of course connected to these contributions to electronic media for communication, but it can also be considered as a mode of communal expression, a series of intensely interactive texts, forming a non-linear narrative through mutual reference, and as such has a much longer history than its relatively brief term as an aspect of electornic media.

For more on that history, visit this site: http://www2.iath.virginia.edu/elab/elab.html 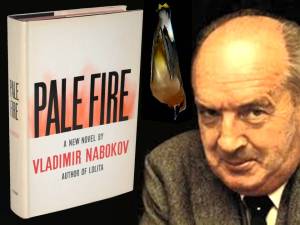 Fifty years old this year, Vladimir Nabokov’s Pale Fire consists of a 1000 line poem in rhymed couplets, a meditation on limitations and the limitless, purportedly composed on index cards by man named Shade, a scholar of English literature of the Augustan Age at a small Northeastern college. Footnotes distributed throughout the poem with increasing frequency, however, direct the reader to commentary, purportedly by a man named Kinbote, who claims to be Shade’s confidante and approved editor, and reveals his identity as a Ruritanian monarch exiled by a Communist revolution, whose thwarted assassination at the hands of an apparatchik named Gradus resulted in Shade’s accidental death. Or did Kinbote plot Shade’s demise? Or is Kinbote insane, and this is all a tale told by a lunatic? There’s ample evidence of each. The way you see it may depend on just how you read the footnotes, which refer you to each other. And of course, it’s all just rousing good yarn, spun by a master raconteur, a Russian emigre and European refugee who taught English lit at Cornell and composed his novels on index cards –and a man who understood that much of the delight in any tale rests in the telling, as much as in plot-points easily recounted in any “spoiler” review. (ooh, too-late spoiler-alert: the waxwing dies at the end) 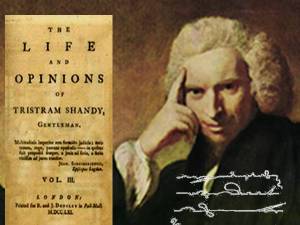 Laurnece Sterne’s Tristram Shandy, published in nine volmes approximately three hundered years ago, between 1759 and 1767,  ostensibley tells the life story of the title character, but mainly consists of comic distractions (such as his billious father’s theory of noses, or the importance of names, which interrupt the story of Tristan’s birth so that we don’t arrive at the event until somewhere in the third volume) as a pointed commentary on a similar aspect of those lengthy, padded picaresque novels of the period, and in fact a send-up of the whole concept of a single, meaningful life narrative. Whole portions of the text are lefted directly from Rabelais and other authors, though their recontextualization seems to be significant. It was panned by Dr. Johnson (“Nothing odd will do long”) but was a favorite of Jefferson, and later praised and enjoyed by such philosophical luminaries as Schopenhauer and Marx. 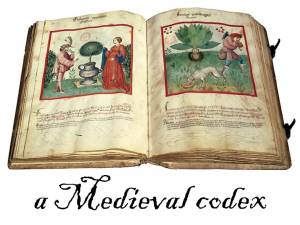 Further back, but more to the point (pardon, Dear Reader, the Kinbote-like rant and Sterne-like diversions, above) medieval texts existed in a tradition established before the advent of print media, wherein texts were shared between the priveleged few who were literate and had leisure to read for enjoyment. The texts were often re-copied, and portions left out –thus, whether neglectfully or purposefully, exised.  Readers would also make emendations, comments or other additions to the text. The resulting book, then, was often a mash-up of narrative puntuated by commentary, pertinent and impertinent, and extraneous rant –life as read and interpreted by others, making reading experience more communal than we commonly think it to be.

Blogging seems a return to this mode of sharing. Is this the future of writing? Or is this the death of writing?

The question was raised 45 years ago next month, in an essay published  in the Atlantic Monthly,  “The Literature of Exhaustion,” wherein novelist John Barth posited the end of literature as we know it –as the vehicle of independent thought– by identifying two dying strands: (1) traditionalists who seek to simply repackage the same old stories in a modern idiom (2) media manipulators who abjur the concept of story and attmept to fascinate with social context and modern media. Barth did offer an alternative in the example of Jorge Luis Borges (1889-1986) the Argentine writer whose 1941 short story “The Garden of Forking Paths” is often cited as an example of hypertext fiction not connected with electronic media, and a later essay in  the Atlantic, “The Literature of Replenishment,” offered a rosier view of literature’s prospects. Still, the suspicion that the printed word is somehow outdated –even doomed– persists. 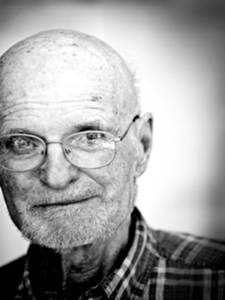 John Barth, the author of “The Literature of Exhaustion,” at 82.

Robert Coover, who headed Brown Universitiy’s forays into electronic media in the 1990s, addressed the question of print as a viable media for expression and communication in 1999:

In terms of new serious literature, the Web has not been very hospitable. It tends to be a noisy, restless, opportunistic, superficial, e-commerce-driven, chaotic realm, dominated by hacks, pitchmen and pretenders, in which the quiet voice of literature cannot easily be heard or, if heard by chance, attended to for more than a moment or two. Literature is meditative and the Net is riven by ceaseless hype and chatter. Literature has a shape, and the Net is shapeless. The discrete object is gone, there’s only this vast disorderly sprawl, about as appealing as a scatter of old magazines on a table in the dentist’s lounge. Literature is traditionally slow and low-tech and thoughtful, the Net is fast and high-tech and actional…

And even the word, the very stuff of literature, and indeed of all human thought, is under assault, giving ground daily to image-surfing, hypermedia, the linked icon. Indeed, the word itself is increasingly reduced to icon or caption. Some speak hopefully of the binding of word and image, many, perhaps also hopefully, of the displacement of word by image. There is a genuine fear — or hope — that our old language of the intellect, systematic discourse, and poetic metaphor may very soon be as foreign and esoteric as ancient Sumerian cuneiform tablets. 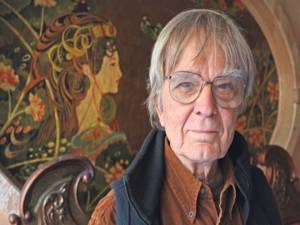 Robert Coover, whose work anticipated the hypertext he later promoted, at 80.

Coover goes on to say that, at the time he spoke, it was proving disappointing. The media hadn’t empowered intense communication between individuals, but had simply amplified the audience for traditional narratives, or had made the media the message.

So, it is possible that blogging onto or into the blogoshere is the equivelent of shouting into a void, hollering into an bottomless abyss, trying to scream louder than a jet engine –or, more aptly, trying to be heard by the people closest to you in a very crowded and noisey nightclub.

But if inter-personal communication here, and if communal expression is possible, I’ll be here with bells on (you can hear a fool better that way)perhaps just once or twice a week –maybe more, maybe less. We’ll see how this goes.

There’s this lurking suspicion that it’s just more noise. But there’s also the potential for more than just noise.

But I’m blogged out for now. Blogging off.